In the aftermath of Hurricane Ida, the Category 4 storm that swept through the U.S. last week, news reports described the misery of residents in New Orleans and other impacted communities where the electrical power had been the first casualty when the storm hit — misery that would last for more than a week until it was fully restored.

Ida was just the latest in an increasing series of severe storms and natural disasters in the U.S. to point to the humanitarian and financial impacts of climate change. While scientists establish stronger links between climate change and the growing intensity of storms and other natural disasters, governments at the local, state and federal level have found themselves scrambling to provide relief for impacted areas while building a plan to create stronger buffers against worsening weather.

How Louisiana prepared after Hurricane Katrina

In New Orleans, which was largely submerged in the aftermath of the devastating Hurricane Katrina in 2005, city, state and federal agencies have invested billions of dollars in resilience planning, with most of the effort going to significantly shore up the system of levees, locks and barriers that failed so catastrophically when Katrina hit. And the investment paid off, at least to some extent. When Ida hit last week, the new system successfully prevented storm surges from pouring into the city.

Louisiana developed a far-reaching coastal master plan, with over 60 miles of man-made barrier islands and berms created on the Gulf Coast south of New Orleans. Yet many communities in the area still suffered enormous damage in Ida’s wake, and the elaborate flood-protection in New Orleans did little to prevent widescale power outages that lasted for days.

The financial and societal impact of Hurricane Ida

Impacts of disasters such as Ida also have significant financial impacts, which are likely to become increasingly burdensome in the years ahead as governments run out of resources to help communities recover and rebuild.

A U.S. Department of Energy study concluded that, between 2003 and 2012, weather-related power outages cost the economy between $18 billion to $33 billion. The study took into account factors such as lost economic output and wages, spoiled food and other inventories, delayed production of goods and damage to the electrical grid.

That same study concluded that severe weather is the “leading cause” of power outages in the U.S., with an estimated 679 outages reported over a 10-year period. The report urged communities everywhere to pursue long-term strategies for supporting a power infrastructure that can better withstand the impacts of severe weather — a system built on greater energy resilience.

While the report may have been shrouded in gloom, it also presented a ray of hope for the future.

“Continued investment in grid modernization and resilience will mitigate costs over time — saving the economy billions of dollars and reducing the hardship experienced by millions of Americans when extreme weather strikes."

One form of energy resilience technology involves power generated by microgrids, which offer users a unique ability to keep the power on even when the main grid is down. Microgrids can function independently of the grid through a variety of power sources such as combined heat and power (CHP) and battery power, as well as sustainable alternatives such as solar power and biogas.

Microgrids are becoming an increasingly attractive energy investment for critical institutions such as hospitals, universities and transportation centers, which have struggled to provide essential services in the aftermath of severe storms such as Ida.

When Superstorm Sandy struck the New York City area in 2012, many hospitals found themselves forced to evacuate patients or attempt to care for them in less than optimal conditions due to power blackouts — a common challenge for hospitals in hard-hit urban centers.

One prominent hospital in Manhattan has since converted to a microgrid power source that can generate electricity when the city’s main grid has been shut down, ensuring that the hospital can continue to care for patients in weather-related crises. The hospital, which did not lose power as a result of the flooding, made sure to have the microgrid installed on the second floor of the building so it would not be impacted by rising waters.

That meant patients could remain in their beds rather than being wheeled out of the building in darkened, flooded hospital hallways. It meant medical procedures could be performed as planned. It meant families and friends could be sure their loved ones in the hospital were safe.

Investments in other types of energy resilience options are taking place in an increasing number of communities across the U.S., where emerging technologies are offering solutions for minimizing outages and relieving stress on the main power grid. Some of these innovations include:

Whether it’s microgrids or another type of solution, millions of people who felt the wrath of Hurricane Ida last week would have been better protected by an energy system that provides greater resilience.

Would adding a microgrid to your power system provide enough benefit to justify the cost? Find out from the experts. 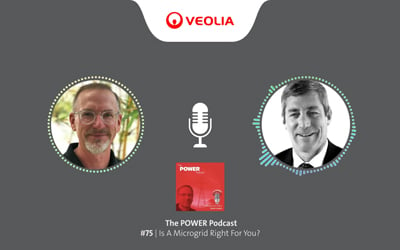