As of 2020, more than two million Americans struggled to get direct access to clean drinking water, according to a report issued last year by the non-profit organizations US Water Alliance and Dig Deep. There is an estimated six billion gallons of treated water lost each day throughout the United States due to pipe leaks and breaks. There is a glaring, expanding disconnect in our ability to provide clean, treated water to communities that need it.

Together, these two statistics reveal what is already widely known in municipal and industry circles: a massive failure to properly maintain our country’s municipal water infrastructure.

Across the country, municipalities are struggling to meet the costs of operating and maintaining treatment plants and underground water networks. In many cases, the water infrastructure and treatment systems are more than 50 or even 100 years old. America’s 21st century economy is largely being supported by structures passed down to us from the 20th and 19th centuries.

To make matters worse, about 95% of municipal water and sewer systems in the US serve fewer than 10,000 people. The country has a patchwork of largely isolated water and sewer plants in desperate need of modernization that simply cannot achieve economies of scale due to their small size. The results are rising costs and an inability to invest in upgrades and improvements to bring the systems into the 21st century.

Municipal water infrastructure is at a breaking point

In their 2021 report card, the American Society of Civil Engineers gave water infrastructure in the United States a disconcerting “C-” rating. They noted that American drinking and wastewater capabilities throughout the country continue to deteriorate and are hindered by a lack of investment and modernization.

How that C- rating translates for millions of people is to rely on overstretched — sometimes crumbling — systems that fail due to extreme weather or the breakdown of other types of infrastructure, like electrical grids.

Although the weather in these examples was relatively uncommon, the problems resulting from it were exacerbated by aging water infrastructures. Researchers predict these types of disasters will only increase in frequency in the years ahead due to changing climate patterns.

Along with greater public investment in infrastructure, another key solution for struggling municipalities can be found by entering into public-private partnerships (PPP). Municipalities can team up with professional third party contract operators to manage and improve their overwhelmed water and wastewater systems, taking advantage of economies of scale to relieve overstretched municipal budgets.

By working with private companies, municipalities can tap into the operational expertise and financing and capital investment capabilities that the companies offer, relieving some of the burden on local governments and taxpayers. Long term agreements to operate and maintain water systems, including comprehensive public-private partnership agreements, can include designing, building, and financing new infrastructure. Also, they typically include plans to avoid hitting customers with what would otherwise be steep rate increases.

Additionally, partnering with third party professional operators opens up opportunities for multiple water and wastewater systems to work together, helping to achieve greater efficiency and economies of scale. By bringing the public and private sectors together, municipalities can modernize, consistently deliver safe, clean water to residents, and promote the more efficient, sustainable use of limited resources.

Avoiding the issues with municipal infrastructure and kicking the problem farther down the road will have disastrous consequences for people and the environment. Bringing public and private parties together to develop a workable solution represents the best choice for municipalities that can no longer afford to delay action on their crumbling water infrastructures. 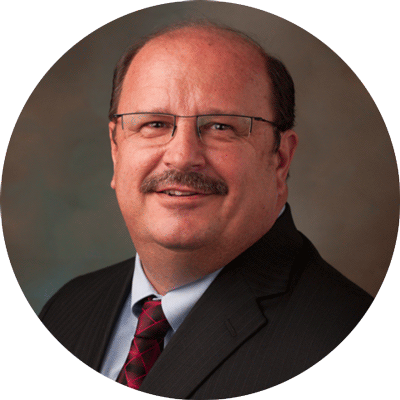