Produced Water: Why Oil & Gas is Now in the Water Business, Too

As fracking continues to be relied on as a method of drilling within the oil and gas industry, disposing of the massive volumes of water produced during the extraction process will remain an ongoing challenge. The common current disposal process, underground injection, involves shooting produced water into deep underground disposal wells where it can no longer be accessed or used. However, as these wells rapidly approach full capacity and new ones are subjected to tough regulations, industry leaders and regulators must consider treating their produced water to create an alternative source of virgin water resources.

Oil and gas production sites are unique and depend on the natural landscape and conditions to determine the best method to manage the large volumes of produced water that naturally accompanies the conventional extraction process.

Brine desalination, an alternative to underground injection, strips produced water of its toxins to turn it into a cost-effective water resource. This technology offers a turning point: America's mature oil and gas industry can adapt to new green initiatives and offset potential future water shortages by treating and reusing instead of disposing produced water.

Factors That Are Driving New Technology

The Pressure to Protect Freshwater Supplies

Industry groups have since begun pushing the EPA to authorize new water disposal options. Recently, the EPA indicated that they may update their policies, pushed to do so by leaders of some of the nation’s driest states asking “what steps would be necessary to treat and renew [produced water] for other purposes.” In a draft study earlier this year, the EPA noted that states and stakeholders are considering whether it makes sense to continue to waste this water by injecting it underground, when disposal capacity is limited and water supply is scarce. Regulators have considered approving treated produced water for surface discharge, which does provide an ecological alternative to disposal wells, but wastes an opportunity to invest in the beneficial circular economic reuse cycle. 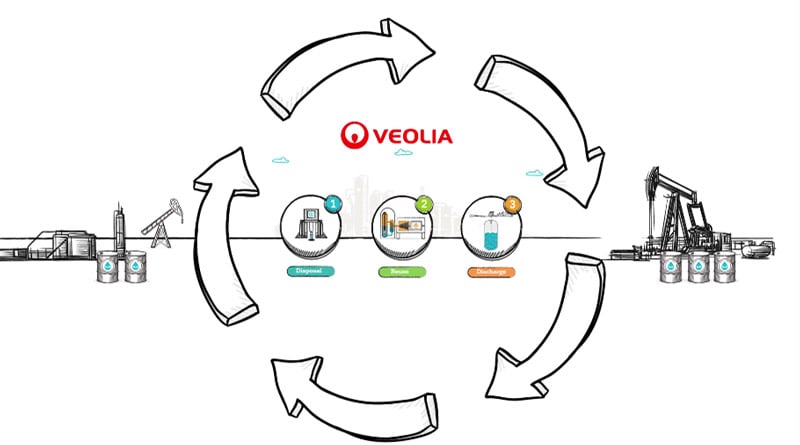 As industry experts embrace new approaches, produced water management is becoming a growing market. According to a Future Market Insights report, the global produced water management market was valued at $3.6B in 2018, with a 5% growth estimated year-over-year in 2019. And the process is becoming increasingly effective. Some advanced water reclamation technologies can produce water that has total dissolved solids (TDS) concentrations of comparable quality – or sometimes better – to natural fresh water. Central to the viability of the desalination process is ensuring that once treated, water has little to no negative environmental impact.

And The Ramifications of Not Managing Produced Water

Untreated brine, when not correctly disposed of, can cause significant harm to surrounding wildlife. There have been numerous cases over the years of untreated brine spilling from trucks as it is transported through communities. In contrast to thick crude oil that can be scraped away such that the land can eventually return to a productive state, briny water can penetrate the soil. Its entry prevents anything from growing on the land for many years and potentially pollutes the groundwater. Treating the brine ultimately makes the byproduct far easier and safer to dispose of or recycle and reuse.

With more than 315,000 oil and gas producing wells, Texas has been at the forefront of innovations in produced water disposal and brine desalination initiatives. The state's oil operations create more than 400 million gallons of produced water per day, and Texans have witnessed the destructive effects that untreated brine has on the environment if not handled properly. A notorious symbol of Texas’ prolific oil industry and its lasting side effects is the “Texon scar,” where leaked brine from a well drilled in 1923 created a 2,000-acre swath of dead vegetation and damaged ground. In 2012, a 3,000 gallon leak of untreated water from aging oil pipes killed 84 trees in the Hagerman National Wildlife Refuge, amounting to $154,000 of damage.

Alternatives Can Save Money

Accidents like these have prompted state industry leaders to research alternatives to underground disposal wells for untreated produced water. They also underscore how much the oil and gas industry stands to benefit from managing a valuable limited resource. Analyses of Texas oil leases indicate that as many as 2,000 of 20,000 operations are potential candidates for produced water management. Even just 10% utilization could save more than $3.5 million annually.

And the oil and gas industry stands to benefit beyond cost savings. Properly managed, produced water can be reused for drilling or turned into steam for heavy crude production, making the entire process far more efficient by ensuring that water is put back into the system. As our environment demands we be more inventive with the ways in which we power our world, integrating produced water into the circular economy promises increased efficiency and value across multiple industries. Specifically, agricultural and industrial businesses will benefit similarly as they also rely heavily on massive quantities of fresh water, and re-use of produced water lowers the demand stress.

Making Produced Water No Longer a Drain on Production

Remarkable advancements in technology have allowed us to take previously unusable water sources and process them in a way which offers future water security. As climate change threatens unprecedented drought, additional sources of fresh water will only increase in demand. Approximately 2,000 desalination plants are already in operation throughout the U.S., representing more than 2.4% of freshwater use. Repurposing produced water will give states with booming oil and gas production, like Texas, significant economic and environmental benefits with more potable water than ever before.

Regardless of whether produced water is utilized for things like agriculture or drinking, this technology represents an impressive breakthrough to one of the industry’s nagging environmental issues. Fully tapping its potential will embolden a new industry, providing solutions that encourage oil and gas sustainability efforts, as produced water brings these organizations one step closer to implementing a fully circular business model.

Learn more about the new challenges for the oil and gas industry in 2020. 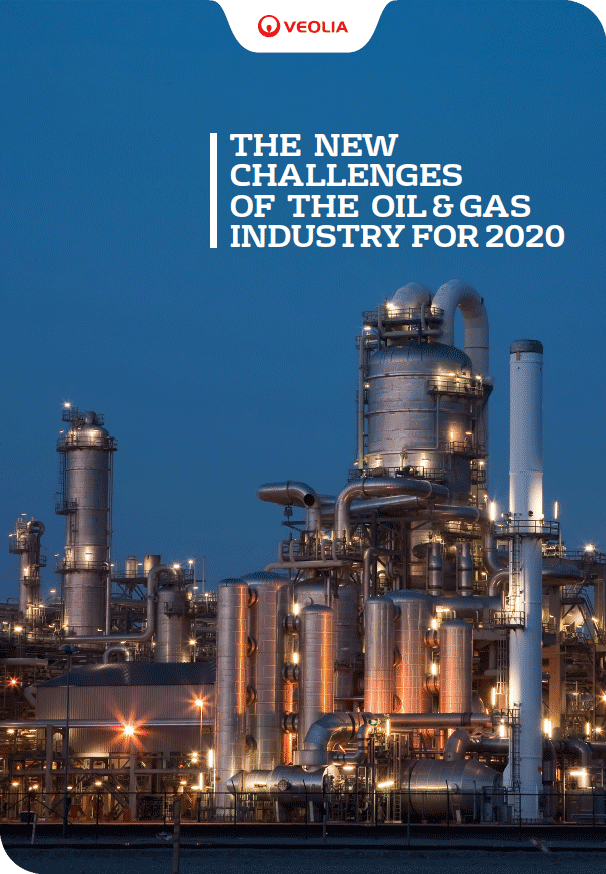