Throughout North America, cities and towns face challenges posed by increasing population, especially when it comes to the demands that growing numbers of people can put on existing infrastructure. Cities and towns need to be smart about finding ways to maintain a good standard of living for residents while protecting the environment.

For example, growing communities often need major improvements to utility systems such as wastewater treatment services. A growing population means more wastewater is being generated, requiring substantial capital investments to expand water and wastewater treatment plant capacities. In order to cope with higher demand, cities must either spend money to make improvements to their existing buildings and pipes or build new additions to expand capacity. In many cases, they can decide to invest in entirely new facilities.

To help meet these needs in a way that’s cost-effective and sustainable, an increasing number of municipalities are turning to public-private partnerships, or P3s, which can help cities and towns meet their infrastructure obligations. Under the terms of most P3 contracts, municipalities are able to retain ownership of their wastewater assets while turning to a professional contractor to operate and maintain their systems. In some cases, municipalities work with contractors to design and build new systems, and then retain the company to operate and maintain those facilities.

A Public-Private Partnership in Moore

Take for instance the city of Moore, Oklahoma. Sitting about ten miles south of Oklahoma City in the nation’s heartland, Moore has seen its population grow by more than 33 percent over the past decade. As a result, meeting the increased demands on existing infrastructure can be challenging.

“Medium-sized cities are going to have resource issues as far as being able to manage wastewater systems,” said Brooks Mitchell, the city manager in Moore, which over the past 50 years has transformed from a sleepy rural outpost into a vibrant hub of more than 64,000 people.

Moore’s leaders have strategically mapped out a plan to expand its system of roads, utilities and water and wastewater networks. In 1993, when city officials began searching for a reliable partner to provide experienced operations and maintenance services at the Moore wastewater treatment plant, they chose Veolia North America -- a partnership that has grown beyond a contract business relationship into something, well, more.

“They’re not just a contractor, they’re a part of us,” said Mitchell. “Veolia is very supportive of the city. They participate in city events and other things that benefit the city.”

In fact, the partnership between Moore and Veolia has emerged as a model of how water and wastewater professionals can help communities meet the challenges of growth in a way that is efficient, cost-effective and sustainable.

Veolia played a central role in the design and planning for the city’s new $53 million treatment center, which opened in 2014 -- a facility that continues to attract residents and other communities for tours. The facility features modern touch-screen control monitors and has one of the largest sequencing batch reactors for treating sludge in the country. Veolia also invested in the construction of a new lift station on the east side of the city.

The state-of-the-art plant, which can treat up to 12 million gallons per day, has grown from four buildings to 37, and the city has realized savings of more than $10 million by taking advantage of Veolia’s resources to keep the plant up-to-date and efficient. That has allowed the city to reinvest in its infrastructure to support its continued growth.

Learn more about the community benefits of the public-private partnership with Moore. 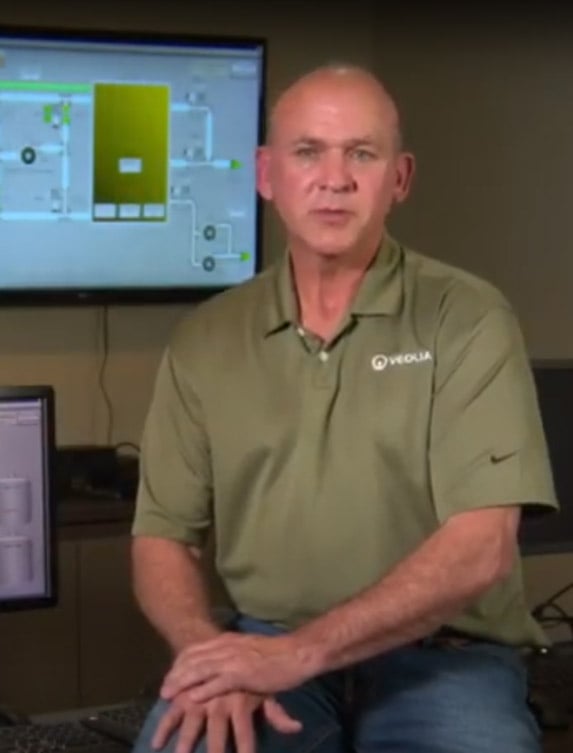