How to Negotiate a Power Purchase Agreement in 9 Steps

Facility and building asset managers across a wide spectrum of industries are looking to lower their energy costs and reduce their carbon footprint by incorporating renewables (solar, wind, hydroelectric, fuel cells, etc.) into their energy portfolio. One of the more cost-effective ways to achieve this is through power purchase agreements (PPAs), but the process is not without complexity and risk.

What is a power purchase agreement (PPA)?

When properly negotiated, PPAs are a win-win for both buyer and developer, but as with all contracts, the terms and conditions are incredibly important. It’s an exercise in risk management and subtle differences in contract language can substantially impact the economics of the agreement and the obligations of the parties.

Renewable power purchase agreements are long-term power supply contracts between a renewable power producer and an energy consuming customer. The terms and conditions can vary, but at a minimum, renewable PPAs typically cover the amount of power to be supplied, negotiated pricing, and penalties for non-compliance.

The agreement offers benefits to both the buyer (or “off-taker”) and the project developer. The developer of an electricity-generating asset contracts with a large power buyer who agrees to purchase all or a portion of the power generated by the asset e.g. finance solar photovoltaics, micro-turbines, reciprocating engines, fuel cells and wind projects for a defined contract term (often up to 20 years).

Here we will explain the different types of PPAs, outline the benefits and risks, and provide important considerations for protecting yourself while navigating through the process.

What is the difference between physical vs. virtual PPAs?

PPAs are typically differentiated between physical delivered agreements and virtual agreements (aka contracts for differences).

In a conventional or physical PPA, the project is built either on the off-taker’s property or in their regional transmission network, and the power from the project is physically delivered to and incorporated into the buyer's retail electric supply arrangement.

In a virtual (or synthetic) PPA, the project is built offsite, sometimes in an entirely different grid network, and the parties agree to financially settle the contract price and volume against an agreed-upon market index point. This can result in the buyer either making payments to or receiving payments from the seller. In both cases, PPAs offer buyers the opportunity to purchase electricity directly from a generator rather than a utility.

9 considerations for negotiating a PPA

In order to reap the benefits of consistently lower energy costs at the best possible price with the least amount of fluctuations, consider the following:

PPA prices often settle against a market index, but not always. It is critical to have a view on how this index is likely going to trend during the PPA term. Particularly for offsite PPAs, the lowest sticker price does not always translate into the lowest cost. Will the PPA settle against a hub, load zone, or at the project busbar? All of these scenarios have different financial implications.

Generating technologies can be divided into two categories: dispatchable and non-dispatchable.

In both cases, performance guarantees should be established that protect the buyer in the event that the project is unable to generate its expected output. This is particularly important because commercial PPAs frequently exceed 10 years, equipment can degrade over time, and incentives to keep equipment in good working order are not always aligned. We recommend reviewing and stress testing performance guarantees at regular time periods over the course of the PPA.

Finally, it’s important to understand how curtailment of the plant — either physically or financially — can impact performance. Some non-dispatchable renewable resources are curtailed when prices drop below a particular threshold, or for other reasons.

It is important to have clear documentation covering which party has rights to all revenue streams generated by the project. This could include energy, capacity, ancillary service, environmental credits, and even utility-based incentives such as demand response revenue.

Typically the seller will retain these if it is not articulated otherwise. For behind-the-meter (customer-side) projects, it's also important to document which party owns the rights to capacity payments and wholesale market revenue for exports to the grid.

Many PPAs sometimes provide both volumetric and demand-based avoided cost or revenues. For PPAs located behind a customer’s meter, demand-based utility and transmission charges can be reduced through a PPA, but the value of that reduction is highly sensitive to how it is calculated.

As a general rule, the PPA definition of peak hour(s) should mimic the utility’s definition and/or other definitions of market demand charges. This ensures that the buyer is credited for the PPA’s output at the relevant time and that the asset is operated optimally for the client.

Tip: Make sure to look at the volumetric and demand components of your pre-PPA cost basis when evaluating how a PPA is likely to impact your overall cost. Also, watch out for how the utility and the PPA define business days and holidays. A discrepancy could create confusion in the event that a peak charge is set on a holiday.

How will the parties meter the generation and who is responsible for the upkeep of this data? Is the onsite project metered to monitor both grid import and export? We highly recommend installing interval meters to measure and verify a project’s output. We also recommend third party bill auditing on an annual basis and when rates change.

A PPA typically references a COD deadline, sometimes with contingencies and grace periods. If the COD deadline passes without the project operating, the off-taker may be due damages and/or penalties. Also, depending on how the PPA is negotiated, the PPA price may escalate on the COD anniversary. The COD also presents an annual opportunity to check whether the generator’s output was sufficient to provide for the minimum annual volume.

Behind-the-meter PPAs often use the rates set in utility tariffs as the baseline for PPA price (frequently with a discount for the buyer relative to utility rates). However, tariff details can change regularly, and it is important for the buyer’s protection to be aware of how the PPA will respond to such changes. Does the PPA rate index against components of the utility rate or the aggregate rate? Does the PPA rate change with every utility rate change or on a monthly, quarterly or annual basis? Or are PPA costs fixed based on current tariffs?

Prior to the COD, determine who is responsible for paying utilities during installation. The PPA should also specify who is responsible for paying water, drainage/sewer, telephone, internet and electric connections during the life-cycle system. Generally, the project developer should bear all construction costs. But if the off-taker is expected to bear any construction or related utility costs, those costs should be made clear upfront.

9. Changes to facility or operational baseline

Is the off-taker required to give prior written notice of any operational changes that could adversely affect the PPA? Similar provisions can restrict any alterations to the equipment or property including distributed generation projects and energy efficiency initiatives. Be wary of overly broad language that can put the buyer at risk of breaching the agreement.

For behind-the-meter PPAs, certain demand and consumption payments are evaluated based on the facility’s baseline consumption prior to the PPA. It is important to understand how the baseline is defined. For example, does the PPA allow for a dynamic operational baseline? Dynamic baselines shift in response to major operational changes like efficiency improvements. This is critical because a PPA with a static baseline and capacity tag could make an efficiency measure uneconomic.

In summary, a PPA is no easy undertaking but can be well worth the effort. If you are considering a similar agreement, we encourage you to reach out to us, or follow our weekly energy markets updates. 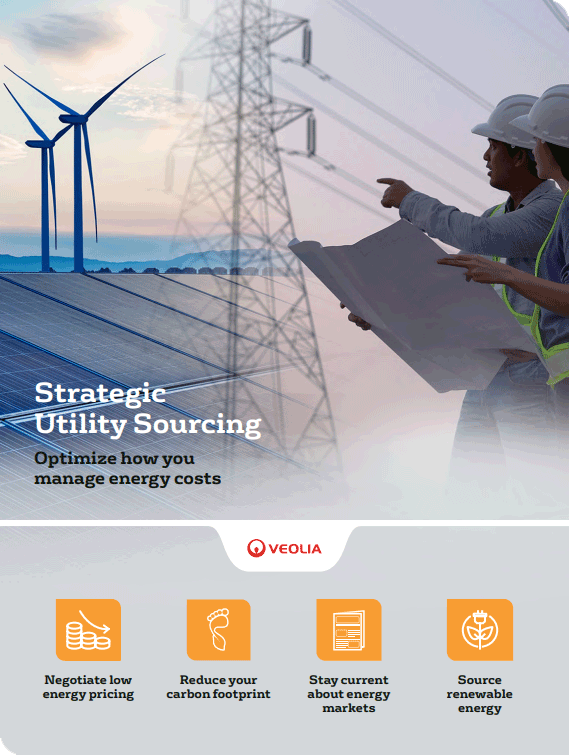