How Solvent Recycling Benefits Your Business

When many companies hear “recycling” it can be a bit of a black box. Perhaps something that is going to cost them money and bring them little real benefit. However, not only is recycling the right thing to do for your community and future posterity, it often is also the financially smart route to take.

When it comes to solvent recycling, your operation can cut down on its waste disposal expenses, save money on replacing virgin product purchases, and support your environmental, social, and governance (ESG) goals, making your company more attractive to ESG investors. In addition, solvent recycling helps you reduce your environmental footprint by lowering greenhouse gas emissions and lessening your dependence on new, limited resources.

What kind of solvents can be recycled?

There are a wide range of solvents that can be recovered, recycled, and reused. The recovery rate for different types of solvents may vary based on their chemical makeup, what the solvent was originally used for, and the recovery method used. Regardless of the method, however, the goal with all solvent recycling is to recover the greatest volume possible to be used again. 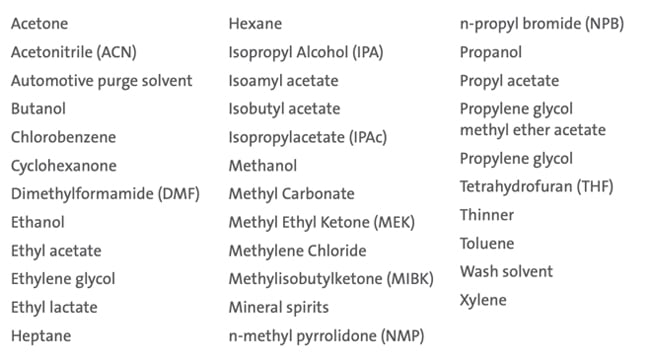 The key is to find the right solvent recovery process that fits with your particular type of solvent and the best industrial operation to yield the purest and most profitable result.

Your options for solvent recycling

When it comes to solvents you have to ask yourself: Can this waste stream be recycled as opposed to incinerated or sent for fuel blending? For the solvents listed above, and others that aren’t included in the list, the answer is yes. There are several different effective methods for recycling these types of solvents.

How solvents are recycled

At its most basic level, recycling solvents is accomplished through simple distillation. You apply heat to the solvent mixture, which then vaporizes. Then, you condense the vapor and collect the resulting liquid. That liquid is free of the contaminants found in used solvent and is returned to a near virgin quality and purity. The waste left behind from the spent solvent mixture must be properly disposed of, typically through blending with other waste materials for energy recovery. 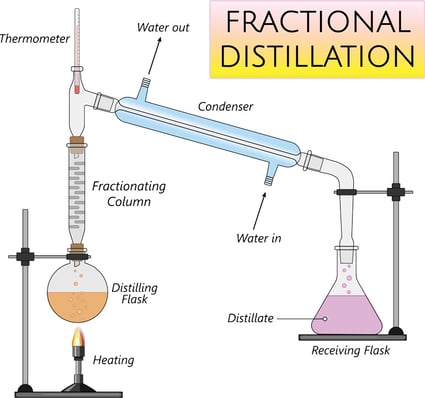 One example of effective solvent recycling

One solvent that is particularly difficult to recycle for reuse is spent NMP (N-methylpyrrolidone). NMP is a common solvent used by agrichemical producers to clean out their systems between material processing batches. It is tough to recycle because it is thick and has tacky characteristics that make it solidify very quickly. For a long time, incineration was the only method that chemical producers could use to dispose of the spent solvent “waste.” The problem is, incineration is expensive, wasteful, and contributes to greenhouse gas emissions.

The alternative was to develop an NMP-specific recycling process in order to reclaim it. This process involves heating up the solvent mixture, circulating it, removing the waste, returning it to liquid form, and then reusing it. The benefits of recycling NMP for agrichemical producers are many:

How to take the first steps

The initial step towards recycling solvents is to take a close look at your current operation. How much spent solvent are you producing? Is it enough volume to make recycling financially viable? Do you have the tank and warehouse space to properly store your spent solvent? What types of solvent are you using and what is their recovery cost? What is the value of the solvent once it is recycled?

The good news is, there’s help available to answer these questions. At Veolia, our team has the knowledge, expertise, and experience to evaluate your operation, determine what your options for solvent recycling are, then develop a process tailored to your facility.

Technologies exist to recover a wide variety of solvents, and doing so has the potential to help the environment, your bottom line, and your company’s financial future.

Watch our webinar on solvent recycling to learn more 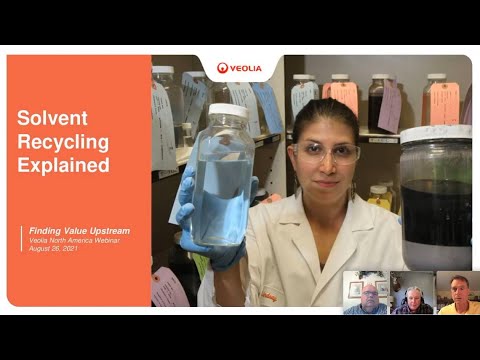