Light bulbs are arguably one of the most used products in the world. Invented in 1961, LED lighting isn’t new in the market, but the Energy Independence and Security Act of 2007 (EISA) made energy-efficient light bulbs a more popular application. The bill aimed to improve the United States’ energy usage, increase facilities’ energy efficiency and maximize the benefit renewable energy has to a community at large. The bill also required bulbs to be 25 percent more efficient than traditional incandescent bulbs.

Ten years later, and businesses are still adopting LED lights across the country. As old bulbs are recycled, LEDs are a viable option for reducing electricity costs and supporting a property for longer before another bulb replacement.

What Are LED Lights?

Short for “light emitting diode,” LEDs are one-way electrical wires, or diodes, that emit light using less power to achieve the same brightness as an incandescent or compact fluorescent (CFL). An electric current passes through the diode that produces light while trapping the heat from the transmission in a “heat sink.” Incandescent bulbs, the traditional light bulb, heat a wire to a high enough temperature that the wire glows — an effect that spends about 90% of the energy it generates and has no way of trapping the heat.

LEDs are known for their higher prices and brighter color. Over the last few years, however, the price has lowered and the lights have softened — a result of the LEDs burning at a lower Kelvin. The simple structure of LEDs compared to their incandescent predecessors offers longer life as well as a lower environmental impact. LEDs waste as little energy as possible, and produce the same amount of lumens, resulting in a more energy-efficient light source.

How Much Energy Do They Save?

LED bulbs last up to 25 times longer than incandescent light bulbs. Not only do they last longer, but LED lights cut energy use by more than 80% resulting in lower energy bills.  As the more energy-efficient bulbs become more widely adopted, the United States could save $250 billion in energy costs over the next couple decades.

Usage reductions also mean lower CO2 emissions from each bulb. The introduction of LED bulbs could reduce annual CO2 emissions in the hundreds of pounds for a single lamp. Now imagine every lamp in a commercial building emitting light from an LED bulb, and the environmental credits available to it.

Where Are They Headed?

With the adoption of LED lights comes the innovation and technological benefits available from the improved bulb. Smart homes are increasingly popular, informing numerous states’ energy policy, and LED lighting is right on the nose with Wi-Fi integration. Companies that are keen on the Internet of Things (IoT) technology are now developing bulbs with Wi-Fi connectivity that can be integrated into digital home appliances like Nest and Amazon Alexa for easy use.

You should. Even though LEDs are an environmentally friendly lighting solution to use because they don't contain mercury, they are still known to contain significant levels of lead, nickel, arsenic, and copper. In fact, a University of California study found that LED lights contain toxic metals, and should be produced, used and disposed of carefully as a hazardous waste.

There are 3 main options you have to recycle them:

It is clear that LED’s are the most energy efficient option for light bulbs on the market, and the savings from switching out your old bulbs can save you money, but it is also clear that you are replacing fluorescent lamps, CFLs, or an old LEDs you should be recycling them.

While incandescent bulbs have a higher carbon footprint than CFLs, fluorescent bulbs are still made up of mercury and thin glass tubing that can become harmful when disposed of. And considering a typical incandescent bulb lasts between 1,000 and 2,000 hours – compared to LED lights, which typically last between 25,000 and 50,000 hours – they're replaced frequently. Both bulb types are perfect candidates for light recycling.

Learn more about recycling and other waste solutions 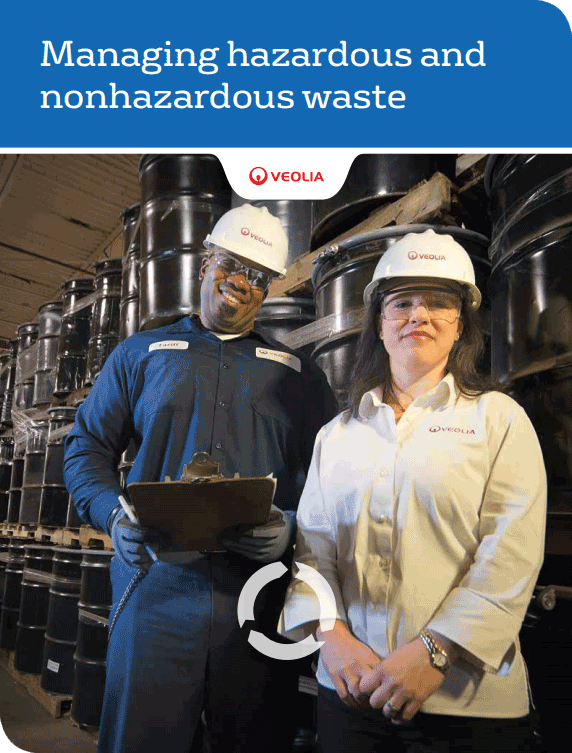